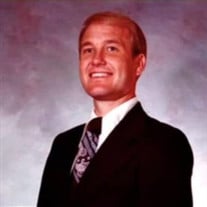 Rev. Albert D. Oren, 80, went home to be with the Lord on January 8, 2021. He was born August 25, 1940 in Farmland, IN, a son of the late Rev. Burley A. and Luella (Gillespie) Oren. Albert graduated from Monroe Central (Stoney Creek) in 1959 where he played basketball and baseball. His love for ministry began as a youth worker and speaker. After working on the railroad and at Westinghouse in Muncie, IN, he became pastor at Antioch Christian Church in Losantville, IN from 1971 to his retirement in 2005. He is survived by his wife of 60 years, Carolyn Lou (Gale) Oren of Losantville, IN; two sons, Kerry D.(Star) Oren of Spencerville, IN, and Alex P. (Tonya) Oren of Parker City, IN; a daughter, Marjorie L. (Kirby) Tipple of Parker City, IN; a brother, James (Juanita) Oren of Springboro, OH, and a sister, Donna (Robert) Hubbard of Middletown, IN. Twelve grandchildren, Brianne (Justin) Wells, Tyler Oren, Kalin Oren, Connor Oren, Malory (Ben) Wysong, Madison (Chris) Willmann, Kolson Tipple, Keyton Tipple, Zachary Oren, Jordan Oren, Taylor Oren, and Clay Oren; one great granddaughter, Charlotte Wysong. In addition to his parents, he was preceded in death by a grandson, Kodey Tipple; and a sister and brother-in-law, Janet (David) Craw. Services will be at 2:00 p.m., Tuesday, January 12, 2021 at the Antioch Christian Church in Losantville with Rev. Jerry Bowlin officiating. Burial will follow in Riverside Cemetery in Losantville. Visitation will be from 11:00 a.m. until time of service at 2:00 p.m. at the church. Memorial contributions may be given to the Antioch Christian Church, 101 W. 2nd St, Losantville, IN 47354 or the Gideon’s International, P.O. Box 97251, Washington D.C., 20090-7251. Arrangements have been entrusted to Hinsey-Brown Funeral Service in New Castle. You may share a condolence or memory of Albert at www.hinsey-brown.com.