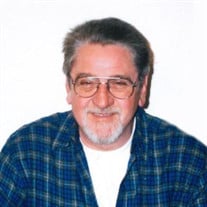 Bobby Dean Wright, 82, went home to be with Jesus on Tuesday, June 22, 2021. He was born May 27, 1939 in Helena, Tennessee. He was the son of the late Fred and Bonnie Wright. Bobby attended New Castle High School. He entered the United States Navy on July 30, 1956 at the young age of 17. He was stationed on the USS Boston and honorably served the U.S. Navy until 1960. Bobby was a proud veteran and loved sharing stories about his experience, as well as his adventures of traveling the world as a U.S. Sailor. He was a member of the Hagerstown American Legion. Bobby retired from Perfect Circle in 1994. He worked hard for many years and put in many hours to support his family. He was proud of his work and his children were appreciative of his hard work and the sacrifices he made for the family. He was a great father and provider. During his time at Perfect Circle he made many lifelong friends who he cherished until the end. Bobby was a man with many interests. He was an avid gardener, able to grow exceptional vegetables. He enjoyed canning and freezing his produce. Bobby worked on lawn mowers and tractors and could fix about anything. Family and friends enjoyed many years of free mechanical work and advice on their lawn equipment. He enjoyed being outdoors, spending time puttering around in his garage, and visiting with neighbors. Bobby was smart and creative, willing to learn and try anything. He owned several businesses throughout his lifetime. His talents ranged from cooking and sewing to construction. He was a storyteller and jokester. Those who loved him learned so much from him and will miss his big personality. Left to cherish his memory include his son Samuel Wright; two daughters, Miranda Wright and Virginia Wright; one sister, Virginia Mills; grandchildren Erica Blevins (Scott), Wesley Chamberlin (Patricia), and Jaclyn Saunders; his former wife/caregiver and dear friend Brenda Wright and step-daughter Heather Brown. Also left to cherish his memory is his brother-in-law and best friend David Duffey, dear friend Port Davidson, and former son-in-law Doug Chamberlin. He has many nieces and nephews who he loved dearly. In addition to this parents, Bobby was preceded in death by his brothers, James Wright, Tom Wright and Jack Wright; his sister Patti Duffey; brother-in-law Bill Mills and sisters-in-law, Velma Wright, Marie Wright, Jerry Wright, and former daughter-in-law Christina Saunders-Brown. Services will be at 12:30 p.m. Saturday, June 26, 2021 at Hinsey-Brown Funeral Service in New Castle with Rev. Charles Dugger officiating. Military Rites will be conducted at the funeral home by the U.S. Navy and the American Legion. Visitation will be from 10:30a.m. – 12:30 p.m. prior to the service. Burial will be at South Mound Cemetery at a later date. You may express condolences or share a memory of Bobby at www.hinsey-brown.com.

Bobby Dean Wright, 82, went home to be with Jesus on Tuesday, June 22, 2021. He was born May 27, 1939 in Helena, Tennessee. He was the son of the late Fred and Bonnie Wright. Bobby attended New Castle High School. He entered the United States... View Obituary & Service Information