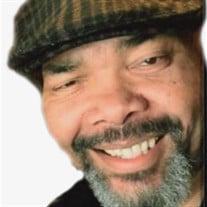 Charles A. Holley, Jr., 60 of New Castle, Indiana, passed away unexpectedly Monday evening, January 10, 2022, at Henry Community Health in New Castle. He was born February 11, 1961, in Wilmington, Delaware to the late Charles and Della B. Holley, Sr. Charles attended Claymont High School and graduated in 1979 to continue on to Hampton Institute in Hampton, Virginia. From there, he joined the National Guard while working for Blue Cross. He then went on to truck driving school in Ohio and was employed in trucking and transportation for many years, most recently with Freight Girlz. Charles was a well-known athlete in Wilmington, Delaware. He played basketball and participated in track and field, including three state championship games in basketball. In 1978, his junior year at Wilmington High, his team won the State Championship title, reminding everyone that he scored the first two points. He was very humbled, honored, and excited that he was going to be inducted into the Delaware Afro-American Sports Hall of Fame on April 16, 2022. He met the love of his life, Angela, in 2004 and settled in Indiana. They were instant soul mates and married in 2006 on New Year’s Eve. Everyone who knew them or even just met them could see the love that they had for each other. He loved to cook and he and Angela were often in the kitchen dancing. Everyone was always welcome. He never met a stranger. He loved meeting new people, seeing new places, and acquiring new knowledge. He loved nature and just sitting on a bench watching the river brought him joy. He had a strong faith in God. He had many friends spread across the country and was a true and loyal friend. He was appreciative of the smallest gestures. Charles loved his family and grandbabies, above all else. He also had a love for his fur babies, Willow and Koda. He leaves to cherish his memory, his wife, Angela (Lowe) Holley of New Castle; daughters, Corinne A. Smith of California and McKynzee (Zach) Johnston of New Castle; son, Nick Catron of New Castle; grandchildren, Dallas, Milli, and Emmi Johnston; brothers, Keith (Martha) Hart of Washington and Dr. Bruce (Susan) Hart of Pennsylvania; sisters-in-law, Darline (Brian) Fairchild and Lana (Don) Cook, both of New Castle; mother-in-law, Donna Lowe of New Castle; several nieces and nephews; and many special friends across the country. In addition to his parents, he was preceded in death by an infant son, Braylon, his dear sister, Shari Lynne Sessoms, and his father-in-law, Dallas B. Lowe. Visitation will be from 2-4 p.m., Sunday, January 16, 2022, at Hinsey-Brown Funeral Service in New Castle. Services will be at 4 p.m., Sunday, officiated by Pastor Jim Becker and including military rites conducted by the American Legion and VFW. Memorial contributions may be given to the Charles A. Holley Jr. Memorial Fund to assist the family with funeral expenses. You may share a condolence or memory of Charles at www.hinsey-brown.com. ***You may view the service live by Clicking Here.

Charles A. Holley, Jr., 60 of New Castle, Indiana, passed away unexpectedly Monday evening, January 10, 2022, at Henry Community Health in New Castle. He was born February 11, 1961, in Wilmington, Delaware to the late Charles and Della B. Holley,... View Obituary & Service Information