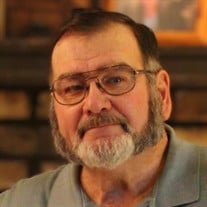 Charlie Wilson, 75, of Losantville, IN, beloved husband, dad, and grandpa passed away suddenly March 5th, 2022 with his wife of 53 years by his side. He was a man of integrity, wisdom, and great skill. He was the go-to person in the community. Many called upon him for advice and guidance. Charlie, son of Charles and Mildred Wilson Nelson was born March 19, 1946. He grew up in Blountsville, graduated from Union High School in 1964. During high school he also was the youngest to graduate from DeVRY Technical Institute at age 16. He was a graduate of Indiana Business College. He served in the Naval Reserves in Vietnam (1969-1970) then attended Indiana University on the GI bill. He worked at the Farmers State Bank in Losantville for 20 years serving as the President the last 5 years. In 1991 he left the bank to follow his passion, working with his hands as a local contractor. His pay at times included pies and eggs. He helped to lead 10 work teams to aid disaster recovery. His hobbies included crafting muzzle loading rifles and restoring vintage cars and trucks. He was the treasurer of Losantville United Methodist Church, secretary of the Losantville Masonic Lodge for over 40 years, and treasurer of the Union Township Lions Club. He is survived his wife, Cheryl (Macy) Wilson; three children, Malissa (Michael) Morguson of Solsberry, David (Jennifer) Wilson of Albuquerque, NM, Aaron Wilson of Auburn Hills, MI; six grandchildren, Macy (Elijah) Carlson of Bloomington, Katie Morguson of Evansville, Emma and Sadie Morguson of Solsberry, Kaya and Jace Wilson of Albuquerque, NM; sister, Joyce (Larry) Leffew of Rutherfordton, NC. He was preceded in death by his parents, sister Janet Puckett, and brother Jerry Wilson. Services will be 2:00 p.m. Saturday, March 12, 2022 at Hinsey-Brown Funeral Service in New Castle with Pastor Maureen Walby officiating. Burial will follow at Riverside Cemetery near Losantville. Visitation will be from 11:00 a.m. Saturday until time of services at the funeral home, with Masonic Services prior to the funeral. Military rites will be conducted by a contingent of the U.S. Navy, the American Legion and the VFW. Memorial contributions may be made to the Losantville United Methodist Church Mission Fund, P.O. Box 96, Losantville, IN 47354. You may express condolences or share a memory of Charlie at www.hinsey-brown.com. ***You may view the service live by Clicking Here.

Charlie Wilson, 75, of Losantville, IN, beloved husband, dad, and grandpa passed away suddenly March 5th, 2022 with his wife of 53 years by his side. He was a man of integrity, wisdom, and great skill. He was the go-to person in the community.... View Obituary & Service Information