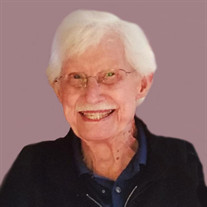 On August 27, 1925 Floyd and Etta Gratner welcomed the birth of their son David. On December 28, 2020 with his wife Carolyn at his side, David began his ride into the sunset. He was born and raised on the family farm in Rensselaer, Indiana. His father's repair shop is where David began his love of cars. Growing up in the Great Depression was very difficult but made him determined to succeed in life. David was a farmer and a mail carrier before serving in the Navy in WWII. Upon returning after the war he met and married Veune McShirley. In 1954 he started Express Auto Supply, a NAPA dealership, in Crown Point and later added two more locations. That same year they welcomed the birth of their son David. In 1966 he purchased Vance's Restaurant which included the Kentucky Fried Chicken franchise with Veune and family partners Jim and Joan Davis. In 1967 they moved the KFC restaurant to the present location. During the next several years he and other family members built the I-65 KFC on the family farm (sister Harriet) New Lisbon KFC (John McShirley) and Remington KFC (Alan and Carol Hurley). After retiring in 1992 he enjoyed traveling in Florida and Arizona. He is preceded in death by his parents, his wife Veune and his sister Harriet (Harold). He is survived by his wife Carolyn Bogue, his son and daughter in-law David and Marsha, his step children Adam Bogue (wife Kathy) and Aaron Bogue (wife Pam), close nephew James McShirley (wife Vicki), special nieces Carol Hurley (husband Alan) and Karen Stanley (husband, W.J.), niece Ellen Leffel, nephew JV McShirley (wife Nonamee), nephew John Edmundson (wife Cindy) and many step grandchildren and great nieces and nephews. David loved to ride his bike. On his 88th birthday he celebrated by riding 88 miles. He loved talking with customers, traveling, good food and wine. He and Carolyn would have a full schedule of theater, music and museums. He treasured the TED Talk group, loved nature, cars, and enjoyed his bike rides with friends Don Wheat and Randy Whitmer. Nothing great was ever achieved without enthusiasm says it all. At the end of wonderful dinner parties, he would say "all good things must come to an end". He will be greatly missed by his family and friends. Donations in lieu of flowers made to the Henry County Community Foundation, Henry County Healthy Communities or Red Tail Land Conservancy would be appreciated. The family will have a private cemetery gathering. Please join us Monday, January 4th from 3:00 to 4:00 for a nature walk on trail 3 at Summit Lake Park. Funeral arrangements have been entrusted to Hinsey-Brown Funeral Service in New Castle. You may express condolences or share a memory of David at www.hinsey-brown.com.

On August 27, 1925 Floyd and Etta Gratner welcomed the birth of their son David. On December 28, 2020 with his wife Carolyn at his side, David began his ride into the sunset. He was born and raised on the family farm in Rensselaer, Indiana.... View Obituary & Service Information