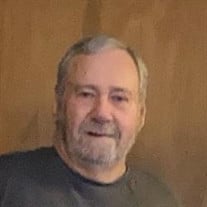 Forrest “Holly” Holland Dobbs, 79, of Spiceland passed away February 3, 2022 at IU Ball Memorial Hospital in Muncie. He was born on December 24, 1942 in New Castle, a son of the late Curtis and Leva (York) Dobbs. Holly was a 1962 graduate of New Castle Chrysler High School and was employed over the years at Firestone, which became Nuturn, and Draper Shade. He married the love of his life, Patsy Marlene Dishman, November 10, 1962 and together raised a wonderful family; they were married for 53 years until her passing in 2014. Holly left a legacy and faithfulness that will live on forever. He had a faithfulness to his Lord; he tuned in every Sunday, via YouTube, to watch the weekly sermon at Grace Church, where his son Troy happens to be the pastor. Holly’s faithfulness extended to his family; he taught them to be hard workers. Holly never missed a day of work for sickness. He taught them about being a family; they would sit down and have meals together on a nightly basis. Needless to say, Holly was a wonderful dad and grandfather. He loved watching his grandson play college basketball and being involved in any of his grandchildren’s activities. Holly enjoyed outdoor activities especially gardening, along with fishing and hunting with his good friends Harold and Dennis. Growing up, Holly was a lifeguard at White Water State Park, which according to his sister Arnetta the girls enjoyed Holly serving as a lifeguard. He was also a great water skier. He had a wonderful childhood growing up with cousins Larry and Dale York in the Hillsboro Road area. Holly is survived by his children, Troy (Cheri) Dobbs of Eden Prairie, MN, Toni (Blaine) Spicer of Knightstown, Tracy (Mary Kay) Dobbs of Indianapolis; grandchildren, Brittany, Delaney, Hunter, Marlee, Sophie and Drake; great grandchildren, Elsie and Jax; sister, Arnetta Richards of Spiceland; several nieces, nephews and cousins. In addition to his parents, Holly was preceded in death by his wife, Patsy M. Dobbs and infant daughter, Renea Dobbs. Services will be at 12:00pm Friday February 11, 2022 at Hinsey-Brown Funeral Service in New Castle with Pastors Phil Wright and Troy Dobbs officiating. Burial will follow in Circle Grove Cemetery in Spiceland. Visitation will be from 11:00am until time of service on Friday. You may express condolences or share memories of Holly at www.hinsey-brown.com. ***You may view the service live by Clicking Here. .