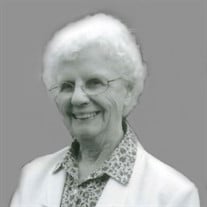 Obituary for Gemma Moles Smith 1922-2020 Gemma Moles was born in Wilder, Tennessee, a mining town where members of her family worked in coal mines. She was the first of four daughters born to Jess and Ethel Baltimore Moles. They moved to New Castle, Indiana in 1923. Gemma and her sisters Maxine, Marie, and Wanda all grew up and went to schools in New Castle. Gemma graduated with New Castle’s Class of 1940. She married Edward M. Smith in New Castle on August 21, 1943. Gemma and her sisters were the primary characters in the book about New Castle in the 1930s and World War II titled The War Comes to Plum Street. Gemma always considered New Castle her home town, and had many memories of her life here. Gemma and Ed moved to Richmond in 1959, then worked and lived in Columbus, Indiana, Brunswick, Georgia, St. Augustine, Florida, and Aurora, Indiana. She was an expert typist and worked for many years in offices and in property management. She loved to read and encouraged her sons to go to college. Gemma was a devout Baptist, and everyone who ever knew her was aware of her quiet and abiding faith. Gemma and Ed were members of First Baptist Church in New Castle, and First Baptist Church in Richmond. Gemma was devoted to her family and to her extended family. She always delighted in family visits with her sisters, her many nieces and nephews, her children, grandchildren, and great-grandchildren. She leaves to cherish her memory, two sons, Stewart L. Smith of Gainesville, FL and Bruce (Maya) Smith of Poland, IN; six grandchildren, Jamie (Anita) Smith of Aurora, IN, Chris Smith of Osgood, IN, Arin (Tommy) Webb of Bethel, OH, Jeff Smith of Gainesville, Fl, Michelle (Sean) Wells of Gainesville, FL and Sarah Smith of Gardiner, MT; great grandchildren, Jordyn, Colton, Landon, Peyton, Leah, Bennett, Dylan, Jason, Riley, Mattie & Alex, Kaitlyn, Jenna, Meghan, Austin and Taylor; two great-great granddaughters, Ashlynn and Remi Wells; two sisters, Maxine (Moles) Thompson of Phoenix, AZ and Wanda (Moles) Grubbs of Indianapolis; and several nieces & nephews. In addition to her parents she was preceded in death by her husband, Edward M. Smith in 1999; son, James E. Smith in 2020; daughter-in-law, Connie Smith and sister, Marie (Moles) Hammond. Visitation will be Tuesday, December 15, 4-7PM at Hinsey-Brown Funeral Service in New Castle, with graveside services at Mt. Summit Cemetery on Wednesday, December 16 at 1 PM. In lieu of flowers, we ask those who knew her to write and send memories of her to [email protected] You may also write these memories at the funeral home during the visitation on cards provided. Contributions may be made to the Henry County Historical Society, 606 South 14th Street, New Castle, IN 47362. You may share a memory or condolence of Gemma at www.hinsey-brown.com.

Obituary for Gemma Moles Smith 1922-2020 Gemma Moles was born in Wilder, Tennessee, a mining town where members of her family worked in coal mines. She was the first of four daughters born to Jess and Ethel Baltimore Moles. They moved to New... View Obituary & Service Information