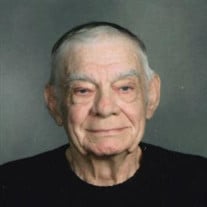 MSG George A. Lacy, 79, of Spiceland went to be with the Lord on Wednesday, January 12, 2022 at his residence. He was born August 7, 1942 in Muncie, Indiana to the late Archie Lacy and Wilma (Crabtree) Lacy Swindle. George was a 1960 graduate of Royerton High School. He enlisted in the US Army and served from 1960 to 1984 including serving in Germany and Vietnam. He had received many awards and honors while serving including, National Defense Service Medal, Vietnam Campaign & Service Medal, Overseas Service Bars (7), Air Medal, Vietnam Cross of Gallantry with Bronze Star, Bronze Star Medal (3 OLC), Meritorious Service Medal (2 OLC), US Army Sergeant Major Academy in 1983 and several others. He proudly served in the 11th Armored Calvary in Germany and Vietnam. Following his time in the military, he became an JROTC instructor at Morton Memorial High School, which was part of the Indiana Soldiers and Sailors Children’s Home, where he retired in 2007. He also was the coach of award-winning marksmanship teams at Morton Memorial and in the Hancock County 4-H. George was a member of Spiceland Friends Meeting where he was the greeter for many years. He enjoyed working around his immaculate garden and growing food to give to others. He is survived by his wife of 49 years, Barbara A. Lacy; children, George “Scott” (Jessica) Lacy of Eden, Indiana, Mike (Kathy) Lacy of Indianapolis, Jeff (Michelle) Lacy of Muncie, Kevin Johnson of New Castle, Cherie (Jeff) Fike of Normal, IL; grandchildren, Andy (Tony) Salazar, Skylar Lacy, Nick (Amanda) Fike, Reagan Lacy, Taylor Lacy, and Hayley Lacy; great granddaughter, Ivy Fike; a brother, William (Samarah) Lacy of Hawaii; a sister, Norma (Jim) Ellison of New Castle; and several nieces and nephews. In addition to his parents, he is preceded in death by a stepfather, Euless Swindle, Sr.; siblings Mary Saruwatori, Elaine Petry and Euless Swindle, Jr. Visitation will be from 4:00-7:00 p.m. on Monday, January 17 at Hinsey-Brown Funeral Service in New Castle. Services will be on Tuesday, January 18 at 11:00 a.m. at Spiceland Friends Meeting with David Brock officiating. Military honors will be conducted by contingents from the US Army and the American Legion Honor Guard. Burial will follow at Circle Grove Cemetery in Spiceland. Memorial contributions may be given to Spiceland Friends Meeting or a charity of the donor’s choice. You may express condolences or share a memory of George at www.hinsey-brown.com.

MSG George A. Lacy, 79, of Spiceland went to be with the Lord on Wednesday, January 12, 2022 at his residence. He was born August 7, 1942 in Muncie, Indiana to the late Archie Lacy and Wilma (Crabtree) Lacy Swindle. George was a 1960 graduate... View Obituary & Service Information