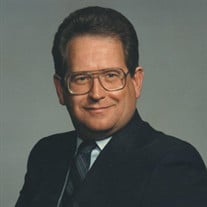 Gerald Bud Ayers, 83, of New Castle passed away Sunday, February 20, 2022 at St. Vincent Hospital in Indianapolis. Bud was born in New Castle, Indiana, on January 12, 1939, to William (Bill) and Anna (Vitatoe) Ayers. Shortly after High school, he married the love of his life, Ruth Ann Walden, and had three sons. Bud loved his family unconditionally and was always there to help and support. He recently said “nothing gave him more joy than sitting around a big table enjoying a meal with his family.” Bud graduated from New Castle High School in 1957 and attended Ball State University before pursuing his entrepreneurial dreams of owning his own grocery store. He owned multiple stores in New Castle and Indianapolis. Additionally, worked for Chrysler Corporation. Bud had a love of politics and was elected mayor of New Castle in 1979 and served for twelve years. After his tenure as mayor, Bud remained active in politics through various roles in city government. Whether serving as high school class president, collecting donations to build the fieldhouse, playing a role in bringing the Indiana Basketball Hall of Fame to town, or serving as mayor, Bud was devoted to his community. He was always willing to help a person in need, whether through employment or food donations. Bud believed in giving your all. Some of Bud’s accomplishments include being a member of the National Honor Society, an All-Conference All-State football player, and an innovator in business. He achieved many milestones. He received the Sagamore of the Wabash Award from Governor Bayh and The Community Service Award: State of Indiana by Governor Orr. Bud was a firm believer in God and often loved to tell about his Sunday School teacher at the First Friends Church, who taught him to recite scripture every day, which he did. His favorite scripture passage is Psalm 23. Bud attended both Foursquare Gospel Church of New Castle and Apostolic Pentecostal Church of New Castle. Bud and Ruth were married for 64 years. They shared a long life of love and affection with their family. He leaves to cherish in his memory, his wife Ruth; three sons, Gary (Dawn) Ayers of Indianapolis, Greg (Monica) Ayers of Noblesville and Randy (Julie) Ayers of Columbus, Ohio granddaughters, Macy (Bryce) Bennett and Anne (Will) Brokaw; grandsons, Ryan (Kimberly) Ayers, Jackson Stollings and Gabriel Stollings; great-granddaughters, Lauren Ayers and Devyn Ayers; and many nieces, nephews & cousins. Bud was preceded in death by his parents; sister, Joann Owens and a cousin, raised as a brother, Joe Huddleston. Services will be held at 2:00 p.m. Saturday, February 26, 2022 at Hinsey-Brown Funeral Service in New Castle with Rev. Lane Fairchild & Rev. Shelly Dennis officiating. Burial will follow in South Mound Cemetery. Visitation will be from 12:00 p.m. until time of services Saturday at the funeral home. In lieu of flowers, memorial contributions may be given to the Indiana Basketball Hall of Fame, 1 Hall of Fame Court, New Castle, IN 47362. You may express condolences or share a memory of Bud at www.hinsey-brown.com. View this service live at https://youtu.be/2vhUN2zxMds