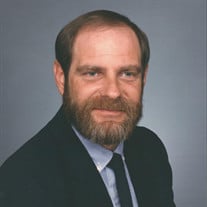 Kenneth “Ken” Eugene Guhr, 74, of Carthage, passed away peacefully with family by his side Tuesday, February 22, 2022, at Hancock Regional Hospital in Greenfield after an extended illness. He was born March 2, 1947, in Newton, Kan., to John and Velma (Wedel) Guhr. Ken graduated from Indiana University with a B.A. in psychology and spent his entire professional life working in the mental health field, beginning at Larue Carter Hospital, followed by several years at Goodwill Industries. He retired from Eskenazi Health (formerly Wishard Health Services) in 2013 after 20 years as the clinical supervisor of vocational services for the hospital's Midtown Community Mental Health Center. In 2010, Ken was recognized as Wishard's “Leader of the Year,” and in 2013 he received Mental Health America of Indiana's Mental Health and Addictions Professional Award. During his retirement, Ken and his wife, Rita, were both members of the Carthage Lions Club and the Future of Carthage community group. A big man with a big heart, Ken was a friend to all and never passed up an opportunity to help. His compassion and strong drive to be of service to those in need were a testament to the Mennonite faith in which he and his siblings were raised, and indicative of his approach to life and relationships with others. During his time working at Midtown, Ken was instrumental in organizing the annual Thanksgiving dinners and Christmas celebrations for the program's clients, and he mentored numerous employees over the years, encouraging and assisting them as they sought to advance their own educational and professional goals. Ken was dedicated fan of IU men's basketball and NASCAR, but, if given the choice, he would always take an afternoon out in a boat with a line in the water over a ballgame or race. Fishing was more than a pastime, more than just a hobby to Ken, as anyone who ever fished with him knows. Whether fishing with his stepson Joe, his Carthage fishing buddies or any of the countless friends who shared his passion for the sport, Ken found great enjoyment in angling and was always eager to share his enthusiasm and fishing tips with others. Ken is survived by his wife of 33 years, Rita J. Guhr, of Carthage; stepsons Jeffrey W. Eakins of Knightstown and Joseph A. Eakins of Indianapolis; daughter-in-law Dana Stopczynski of Indianapolis; grandsons Willem J. Eakins and Silas J. Eakins of Indianapolis; brothers Larry (Betty) Guhr of Wichita, Kan., and Stan (Linda) Guhr of Newton, Kan.; and sister Sharon (Carl Stoffers) Merriman of Fort Lauderdale, Fla.; niece Stacy (James) Giebler; and nephews Rick (Carla) Guhr, Robert (Robin) Merriman and Michael (Christina) Guhr; and his longtime friends from the “Sleet Drive Gang” and his South Side euchre group, as well as his many friends in the Carthage community and those he was fortunate to meet during the course of his professional career. He was preceded in death by his parents. Ken's family would like to thank Dr. Radhika Walling and the oncology team at Community North Hospital in Indianapolis for the excellent care they provided to Ken the past couple of years and during his earlier recovery from lung cancer, as well as the medical personnel at Hancock Regional Hospital in Greenfield who did so much to make Ken comfortable in his final days. A memorial service celebrating Ken's life will be held from noon to 1:30 p.m. on Saturday, March 5, at Hinsey-Brown Funeral Service in Knightstown. At the request of Ken and his family, visitors will be asked to wear masks. In lieu of flowers, memorial contributions may be made to the Pancreatic Cancer Action Network or a charity of choice. Condolences and memories of Ken may be shared online at www.hinsey-brown.com.