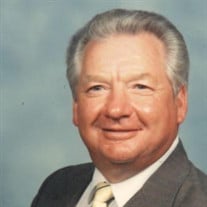 Levi Muncy, Jr. 91, a resident of New Castle passed away Saturday, June 4, 2022 at Heritage House of New Castle. He was born September 27, 1930 in New Castle to the late Levi, Sr. and Maggie (Smith) Muncy. A 1949 graduate of New Castle High School, he was a veteran of the U.S. Air Force, serving from 1951-1955 during the Korean Conflict. Levi retired from Duke Energy in 1990 after 35 years of service. He was a member of the Eagles and Moose Lodges, American Legion, VFW and was a lifelong member of the Gold Wing Road Riders. Levi was an active member of First United Methodist Church where he served as chairman of the board of trustees, lay leader, youth leader and was baptized in 1975. He was also a 67 year member of IBEW, Henry County Chamber of Commerce, Ambassador Club and served as a board member for the Henry County Cancer Society. Levi had been a coach and instructor for B & G Gyms and was a part of Faith Through Power Lifting at the Pendleton Reformatory. He helped re-build homes and restore electricity to homes in the Appalachian Mountains and volunteered at the Indiana Basketball Hall of Fame. He also attended the Indy Honor Flight in Washington, D.C. in 2018. His hobbies included stamp collecting, hunting bowling, motorcycling, traveling, and playing the harmonica and the organ. Survivors include a daughter: Paula (Benjamin) Timmons of Daleville; a son: Kevin (Georgia) Muncy of New Castle; four grandchildren: Matthew (Rachel) Timmons, Autumn Muncy, Krista (Chris) King and Cassandra (Joshua) Timmons-Weaver; ten great-grandchildren: Mason Fields, Jacob Fields, Isaiah Timmons, Emma Weaver, Lila Timmons, Jameson Weaver, Hazel King, Easton Timmons, Hadlee Muncy and Magnolia Timmons; nephews: Ronnie, Tommy and Gary Dinkins, Dennis Muncy, Phil and Jim Sherry and a niece: Sharon Andrews. In addition to his parents, he was preceded in death by his wife of 63 years: Rosemary Muncy in 2020 and a grandson: Jeremy Timmons. Services will be held at 12:00 Noon Thursday, June 9, 2022 at Hinsey-Brown Funeral Service in New Castle with Dennis Muncy and Pastor Mark Herbkersman officiating. Military rites will be conducted by a contingent of the US Air Force, American Legion and the VFW. Burial will follow in South Mound Cemetery, West Lawn Addition. Visitation will be from 10:00 until the time of the service on Thursday. Memorial Contributions may be given to the Cancer Society Fund through the Henry County Community Foundation. You may express condolences or share a memory of Levi at www.hinsey-brown.com.