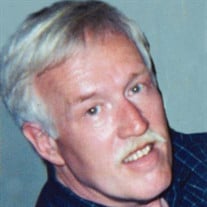 Maurice Coleman Temples, 70, left us after a brief illness on November 23rd, 2021. He was born on August 26th, 1951 to Max and Juanita (McKenzie) Temples. Maurice was a man of few words, but infinite wisdom - a jack of all trades. He was a superb chess player, nearly unbeatable by anyone that challenged him. He had quite the collection of books, chess boards, Rubix cubes, and board games. He was a lover of bluegrass and folk music; Gordon Lightfoot was his favorite singer. He was a 1969 graduate of Walter P. Chrysler Memorial High School. He attended Indiana State University for a short while after. He worked at a variety of jobs, such as APS industries at the Indiana State Hospital. He was an accomplished ping pong player and loved fishing. Maurice was not one to be idle. He was a hard working man at heart. Maurice married the love of his life, Christine “Tina” (Griffin) Temples on August 6th, 1980. In 1982, they welcomed their first daughter, Kathryn Eileen. After a few years, Valerie Karen came along in 1985. They thought they were done having children at this point, but a surprise third daughter, Libby Christine completed the Temples family in 1990. Maurice worked at the Indianapolis Star Newspaper for several years while his children were small. He transitioned to a job working for Schwan’s Home Delivery and worked there for over twenty years. He held many titles throughout the years, but his favorite, by far was Grandpa. Gibson Reese joined our family in 2016, followed by Leo Coleman in 2017. He has left behind many who will cherish his memory. Survivors include his wife of 41 years, Christine; Daughters: Kathryn Lorton, Valerie (John) Lamb, and Libby (Ethan) Klotz; Sister: Linda (James) Sweigart; Brother: Mark (Lisa) Temples; Grandchildren: Gibson and Leo Lamb; Lifelong best friend: Rick (Judy) Phillips; several nieces and nephews and cousins. He was preceded in death by his parents, a sister and brother-in-law: Lillie and Charles Adams; a nephew: Max Adams. Maurice’s family would like to offer their sincere gratitude and appreciation to the staff at Ball Memorial Hospital for their kindness and compassion during his time there. A celebration of life will be at 2:00 p.m. Monday, November 29, 2021 at Hinsey-Brown Funeral Service in New Castle with Pastor Steve Arnett officiating. Visitation will be from 12:00 noon until time of services at the funeral home. Memorial contributions may be given to the Wilbur Wright Elementary School Playground Fund, 1950 Washington Street, New Castle, IN 47362. You may express condolences or share a memory of Maurice at www.hinsey-brown.com.

Maurice Coleman Temples, 70, left us after a brief illness on November 23rd, 2021. He was born on August 26th, 1951 to Max and Juanita (McKenzie) Temples. Maurice was a man of few words, but infinite wisdom - a jack of all trades. He was a... View Obituary & Service Information