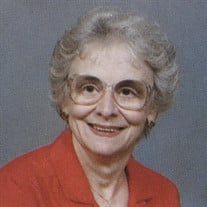 Phyllis Ann Holloway, 89, passed away Wednesday, November18, 2020. She was born August 4, 1931 in New Castle, IN, daughter of the late Donald Eugene (Gene) Harry and Mary (Richardson) Harry Rohrback. Phyllis graduated from New Castle High School in 1949. She married her high school sweetheart, Darrell Lee Holloway, on August 28th of the same year. In 1956, the couple, along with their young son and daughter moved to Oshkosh, WI, relocating nine more times over the next thirteen years as a part of Darrell’s career with the JJ Newberry Company. Following her husband’s death on October 25, 1969, Phyllis returned to New Castle to be near her extended family. She worked for the New Castle School Food Service, followed by a position as an ICAP home helper until her retirement in 1998. She was a longtime member of the New Castle First Presbyterian Church where she served as a Deacon. She is survived by her sons, Timothy Holloway of Wilder, KY and Steven (Maggie) Holloway of Aurora, CO; a daughter, Teri (Bill) Aitchison of New Castle, IN; grandsons Brian Aitchison of Dayton, OH, Patrick Aitchison of Portland, OR, John (Lindsay) Aitchison, of Washington, D.C., and Paul (Jena) Aitchison of Colorado Springs, CO; a granddaughter Beth Holloway of Oshkosh, NE; three great grandchildren: Titus, Ainsley and Sydney Aitchison of Colorado Springs, CO; as well as several nieces and nephews. In addition to her parents and husband, she was proceeded in death by a sister, Martha (Harry) Kennedy Wheeler; a brother, Donald E. Harry; a daughter in law, Deborah (Stewart) Holloway; and a grandson, Steven Darrell Holloway. As per Phyllis’s wishes, there will be no public visitation or funeral. A family graveside service at South Mound Cemetery will be scheduled for a later date. Funeral arrangements have been entrusted to Hinsey-Brown Funeral Service in New Castle. Memorial contributions may be made to the First Presbyterian Church, Deacons Fund, P.O. Box 491, New Castle, IN. You may express condolences or share a memory of Phyllis at www.hinsey-brown.com.