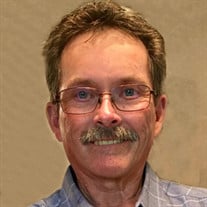 Steven L. Hinshaw, 76 of New Castle fought the good fight and finished the race on Friday, August 27, 2021 at home. He fought a courageous battle that he ultimately won. He was born October 17, 1944 in Henry County, Indiana, the son of the late Lynn and Mildred M. (Lockridge) Hinshaw. Steve was proud to be a Mooreland Bobcat from the class of 1963. He retired from Chrysler Corporation in New Castle in 2001 after 35 years of service. In retirement, he immensely enjoyed mowing lawns and spending time outside. Steve served his country in the National Guard from 1966-1972. He was a faithful member of First Church of the Nazarene where he served on the Church Board for many years, and also served as head usher. Steve was a member of the Blue River Optimist Club. He was the consummate marching band dad, serving as band booster president, pit dad, trailer-puller and doing what needed to be done for 10 years. He served as a youth basketball coach at the YMCA, and was a volunteer assistant track coach with Paul Harper at Blue River Valley High School for 14 years. His passion was coaching the sprinters and the 4x100 relay team, and mentoring young athletes. To this day, many former runners still call him “Coach”. Steve enjoyed boating and family outings at Dale Hollow Lake, the Mooreland “World’s” Fair (as he always called it), music from the 60s and 70s, and especially his 1969 Dodge Dart GTS. Steve was a loving husband and father. He was married to the love of his life, Patricia, celebrating 46 years on August 2. Together, they raised two children, Chrystie (Jeremy) Foga and Matt (Jenna) Hinshaw. Steve was a proud Pappo to Eli, Wyatt, and Cole Hinshaw, and proud Papaw Steve to Makenzie and Dylan Foga. As an only child, Steve always loved being part of Pat’s large family. He was adopted as a true brother by Larry (Shari) Green, Brenda (Butch) Jessie, Mary (Denny) Green, and Jim (Paula) Green. Steve also enjoyed being an uncle to several nieces and nephews. The celebration of life for Steve will be held at 11:00am Wednesday, September 1, 2021 at the First Church of the Nazarene, with Pastor Danny Goddard officiating. Burial will follow in Mt. Summit Cemetery. Visitation will be from 4:00 to 8:00pm on Tuesday, August 31 at Hinsey-Brown Funeral Service in New Castle. At the request of the family, masks would be greatly appreciated. Memorial contributions may be given to First Church of the Nazarene, 1727 Grand Avenue, New Castle, IN 47362. You may express condolences or share a memory of Steve at www.hinsey-brown.com.

Steven L. Hinshaw, 76 of New Castle fought the good fight and finished the race on Friday, August 27, 2021 at home. He fought a courageous battle that he ultimately won. He was born October 17, 1944 in Henry County, Indiana, the son of the late... View Obituary & Service Information